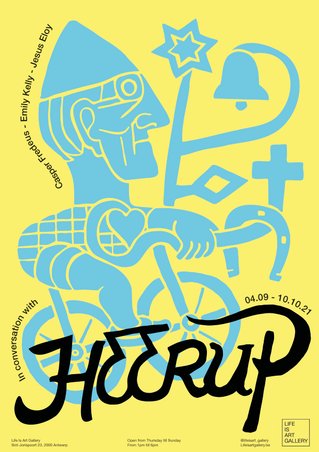 Jesus Eloy (°Granada, 1992) is an Antwerp based artist who studied Fine Arts at the University of Granada. He also did a master's degree in In Situ³ at the Royal Academy of Fine Arts Antwerp, where he was awarded the In Situ³ departmental prize in 2018.

His art mainly consists of the same characters he has been making since he was a child. As a child, the drawings looked motionless and frozen. He has now been experimenting with his own interior world to give those characters life. He finds that art is a game that allows each image to transform itself and come to life. To play with art is to leave aside the final result. That’s why playing and creating will always be key concepts in his work.